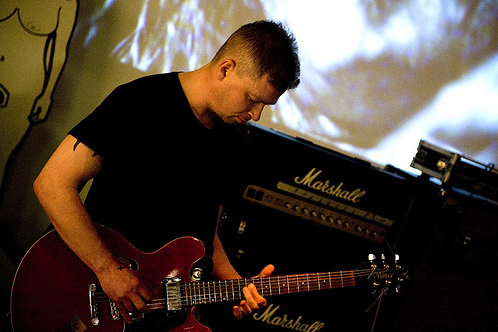 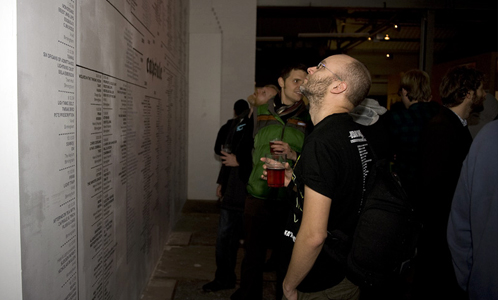 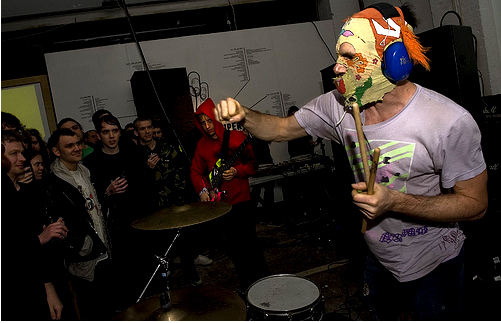 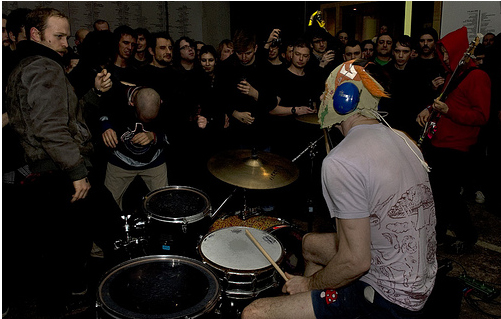 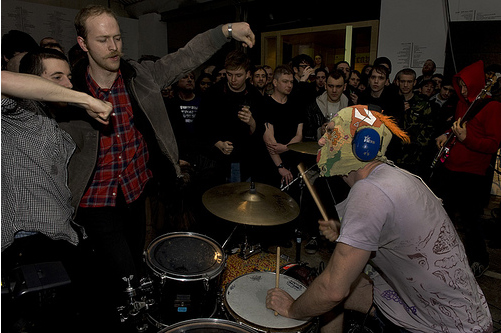 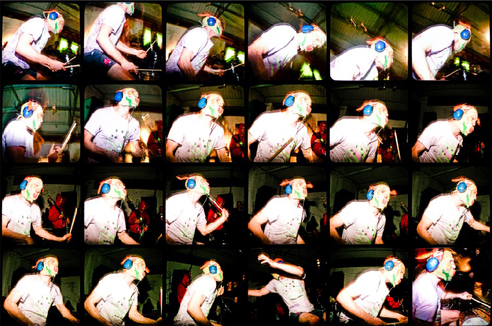 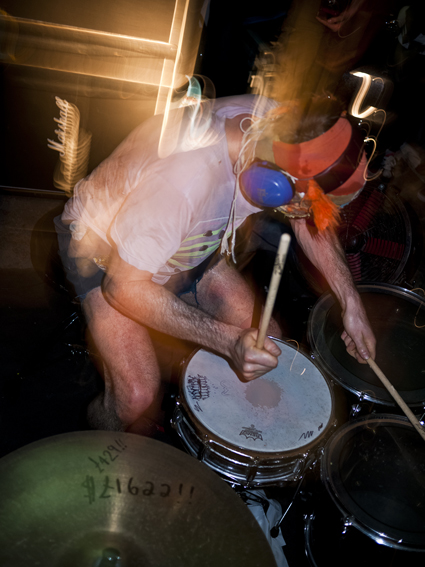 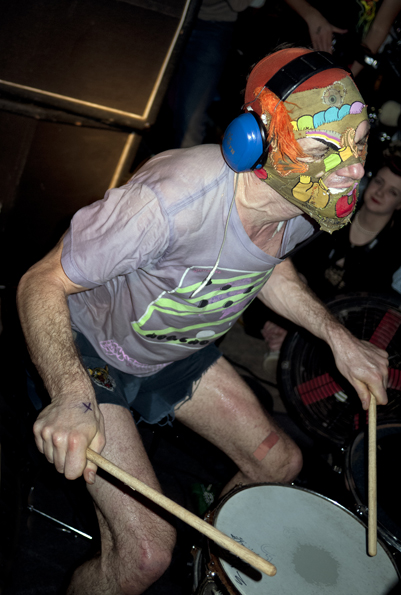 “Looking forward to another wet cold night in darkest Digbeth can only mean another Capsule show, this numbering three out of ten for their tenth birthday celebrations this month. Boasting a return to Birmingham for perennial favourites and sonic demolition artists Lightning Bolt the lineup was bolstered by two support acts spanning widely varying styles, yet with a shared love of volume.

…. Peaks and troughs in the set were all relative with the vocals, bass and drums coalescing into one thick, million decibel morass that assaulted the senses, although the sold-out crowd – gathered around the band as is Lightning Bolts wont – treated every song with rabid enthusiasm, and at multiple points audience members spilled into the band. Wildly and wilfully careering into such musical reference points as grindcore, mathrock, doom – even techno and drum n bass, Lightning Bolt may not seem like the ideal band to shake your ass to, but by the end of their set the mob had gone wild to such an extent the dancefloor looked like a nightmarish Hieronymus Bosch painting in neon crayons.” READ MORE
Review by Duncan Wilkins on BRUM LIVE

Some pretty amazing photos were taken last night from what was a deafeningly good show, the atmosphere was electric and folks went nuts!
Please send us your photos from last night to add to our archive. lisa[at]capsule.org.uk

Now a day of rest followed by another ear shattering show featuring the mighty Sunn 0))) + Om on Thursday at The Asylum. Tickets available from www.theticketsellers.co.uk + Polar Bear in Kings Heath This Saturday sees a host of local bands and friends come together to help  our buddy Steve Gubbins who is putting together an event to raise money for the Down Syndrome Association. They’ll be some awesome acts playing including Glatze, Pete Prescription, Stinkywizzleteat, Dream Dreams The Dreamer Awkestra as well as a number of DJ’s including none other than one half of Fuck Buttons, Andrew Hung, Rough Trade DJ’s and the Capsule Grannies – thats us, expect some power ballad action – oh yes reach and grab!

There is also going be some cake as well as a raffle, this is going to be great fun and all for a great cause, come along and support it.

Saturday 29th August at The Victoria – 48 John Bright Street, Birmingham, B1 1BN 8pm till 2am. £5 entrance all proceeds to Down Syndrome Association.
Find out more – http://milk-kitchen.blogspot.com