Capsule are proud to be involved with ‘The Joyful Bewilderment…“, a group exhibition showcasing the outpourings of a group of like minded image-makers which will take place at Rough Trade East in London from 2nd October – 27th October. Fundamentally, the artists in the show all share an essential motivation to explore the possibilities of enhancing everyday life by making magic from the mundane. Over 100 artists from all over the world including members of The Outcrowd Collective as well as several other West Midlands inhabitants from LUCY MCLAUCHLAN, RIK COOPER, STEF GRINDLEY, LEE BASFORD, BEN JAVENS, CHRIS KEENAN and LAWRENCE ROPER to name but a few as well as host of other reprobates including FRENCH, RICK MYERS and JAMES JARVIS. 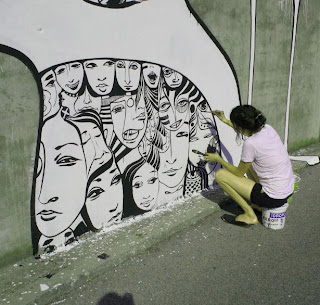 EINSTELLUNG will be performing at the opening night on Thursday 2nd of October, in preparation for their forthcoming release on Capsule Recordings, a limited edition vinyl release of ‘Wings Of Desire’, with art work by Lucy Mclauchlan. (Due for release in November).