Its that time of year again – when the entertaining website ‘Birmingham is Not Shit’ holds their ‘Brummie of The Year’ nominations, Capsule were lucky enough to come third last year,  winner was the outspoken Digbeth landlord John Tighe, who founded the campaign to keep Digbeth vibrant! Second was Blogger extraordinaire Pete Ashton, who pretty much single handedly got the creative industries blogging, including getting us started.

So who would be worthy this year, its a hard one – let us know who you think deserves to be nominated and crowned as Brummie of The Year?

I think it would be hard for me to choose between Johnny Doom better known as being the late night dj for Kerrang! Radio and previous lead vocalist of the band Doom,  Johnny has been an amazing advocate for our Home Of Metal project, his early support and first hand knowledge has been invaluable. But whats best is he isn’t a man afraid of hard work and got stuck in when he was co-ordinating the stage crew for us at this years Supersonic Festival, his crew are clearly the unsung heros of the festival, along with our volunteers and sound crew. 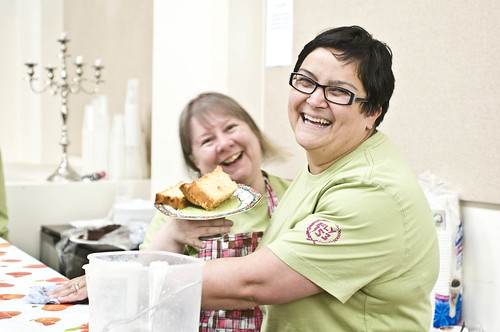 Photo courtesy of Penny  Mcconnell
My other nomination would go to Helga Henry at Fierce Earth, for the way she so generously shares her knowledge and contacts and the way she encourages so many of us working in the creative industries, and most importantly for her work in the tea room at Supersonic.
Get involved here – http://www.birminghamitsnotshit.co.uk/award