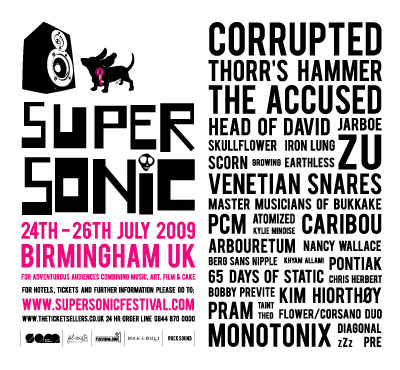 THORR’S HAMMER + THE ACCUSED + CORRUPTED will all be performing at this years Supersonic Festival, we are over the moon with the news that we’ve finally got this confirmed and can announce these guys to join the line up for what we are sure will be our best festival yet…whoopee!!! Tickets go on sale on Thursday 2nd of April no April Fools, I tell you:) 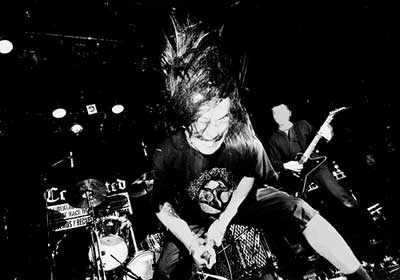 Corrupted from Osaka Japan THE absolute reference in terms of monolithic and experimental funeral doom.

The band has become legendary: consistently refusing interviews and photo shoots, the band has only been seen in Europe during a discreet tour in 2000 and a couple of appearances last year, this will be their first show in the UK.

Corrupted’s music is bleak, monumental and slow as a pachyderm… Extraordinary brutal riffs-drones played in a very low guitar/bass duo, as well as a drummer who maintains a brontosaurus like striking force on improbable slow tempos serve as a morbid box for a singer with an inimitable tone: guttural and abysmal at will, he declaims apocalyptic texts in Spanish (!!!). The band sometime uses long instrumental, melancholic breaks that admirably contrast with the force of their sound.
http://www.dxmxtx.com/corrupted/ 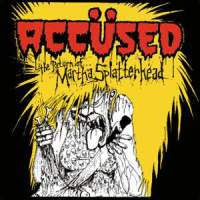 Formed in 1981 in Oak Harbor, Washington by bassist Chibon ‘Chewy’ Batterman, Dana Collins and guitarist Tom Niemeyer. John Dahlin was the vocalist from 1982-1984. The addition of Blaine Cook (frontman of Seattle hardcore punk group The Fartz) fit nicely into the group’s migration towards a more heavy metal-based sound. In 1984, The band dubbed their style “splatter rock,” in homage to their favorite genre of horror films. Their hybrid musical formula was distinguishable by Blaine’s unusual choking-sound vocals, Niemeyer’s muted, choppy, buzzsaw guitars, dark metallic riffs, and rapid-fire drumming. The band are also responsible for creating the wild, zombie mascot Martha Splatterhead, whose likeness (created by Niemeyer) adorns most of their albums and many of their promotional items. The Accused recorded five albums, three EPs, and over 100 songs between their 1981 inception and 1990s hiatus.
The current line-up consists of Brad Mowen (also a member of Master Musicians of Bukakke and former member of Burning Witch and Asva), Dorando Hodous (also a member of Lesbian), Mike Peterson and Niemeyer.
http://www.myspace.com/kingsofsplatter

Tickets on sale from Thursday 2nd of April from:
https://www.theticketsellers.co.uk

Feel free to help us spread the good news