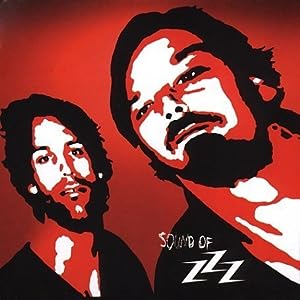 The first time you see a band that you don’t know at all, and two guys appear on the stage, you wait like five minutes expecting the other two weirdos that are supposed to play in a good rock band. But, after half an hour with ZzZ, you lose that expectation and you slowly realise that those two guys are enough to keep your attention up with drums and organ(!!!), shouts and a lot of dark energy.

Being ‘half a band’ doesn’t mean that they play halfway. The give all of themselves, creating something live that is not captured in the studio. Fresh but sticky sounds, really dark and deep, sometimes trembling psychedelia. I didn’t see anybody going anywhere while these guys were on the stage. Nobody moved either! We were as stunned as you can be watching one of your favorite never-heard-before bands of all times. They’re becoming very popular in the Netherlands, just because of the word of mouth effect coming from concertgoers who never returned to the real world. 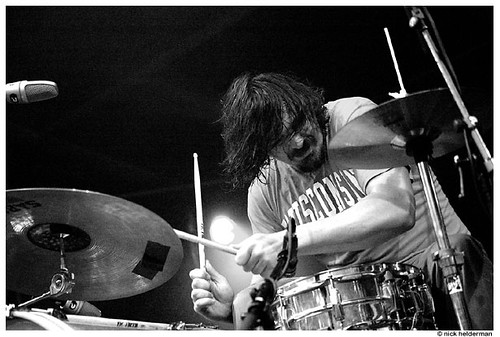 They sound very similar to bands like Morphine or The Doors, but these two names are not included in their influences list at the band Myspace profile. Surprisingly, they claim to be influenced by artists like Fela Kuti, Funkadelic and Django Reinhardt!!