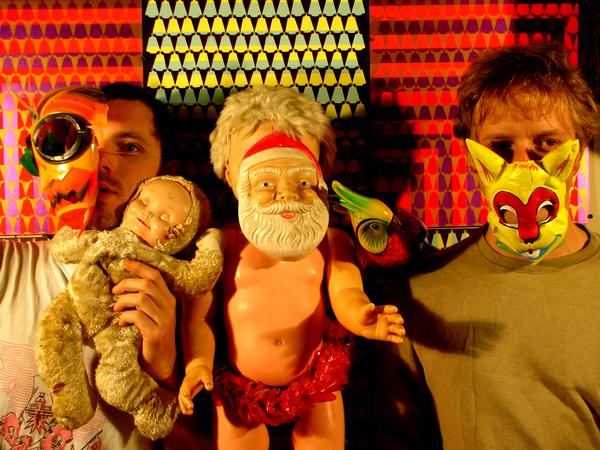 Tomorrow Lightning Bolt perform as part of our 10th birthday celebrations, an intimate gig at VIVID – this is sure to be a special one! Taking us back to when we first put them on in what is now the Theatre Space at the Custard Factory back in 2004, that show was unforgettable and we’re sure that this one will be too. Support comes from Tweak Bird + Pete Prescription.
The show has completely SOLD OUT!

The birthday celebrations continue on Thursday with a double doom whammy featuring the mighty SUNN O))) + OM, this takes place at The Asylum in Hockley, there are still tickets available online and there will be a limited number on the door. Ear plugs are adviced 🙂

“Ten years on from Sunn 0)))’s first recorded output, The Grimmrobe Demos, the group’s patented style of supersonic slurry has transmuted and transmogrified into a new oozing beast, which despite having the same genetic makeup, has modified its DNA and absorbed any unsuspecting musical modalities it’s found useful. Monoliths & Dimensions, their seventh studio album, sees an amalgamation of the plate tectonics of drone metal with the inner and outer worlds explored in the free jazz of the 1970s, while also exhibiting a bent towards modern minimalism and classical music of the 20th century and earlier.” (from Tiny Mix Tapes)