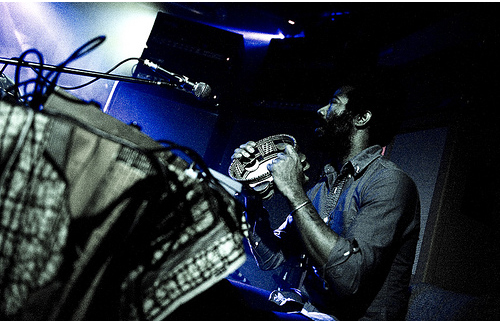 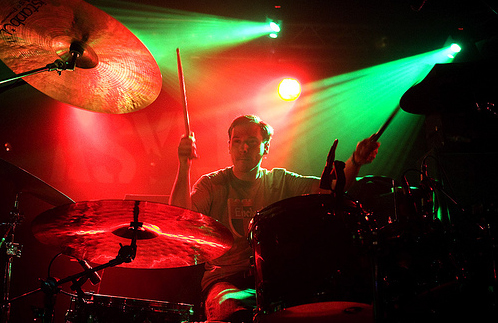 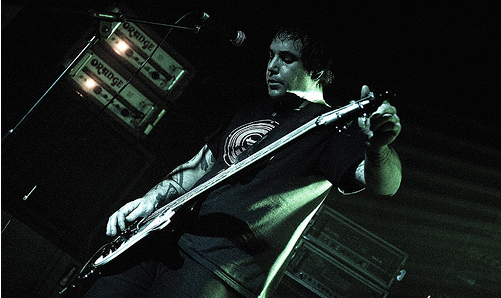 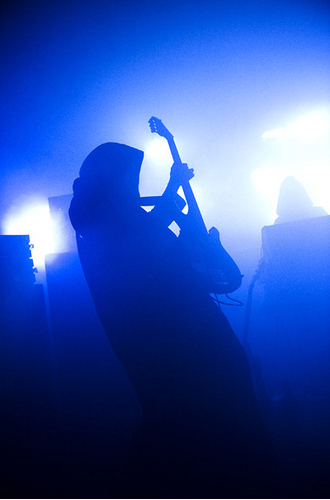 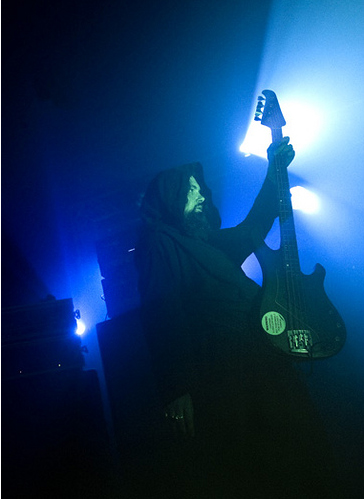 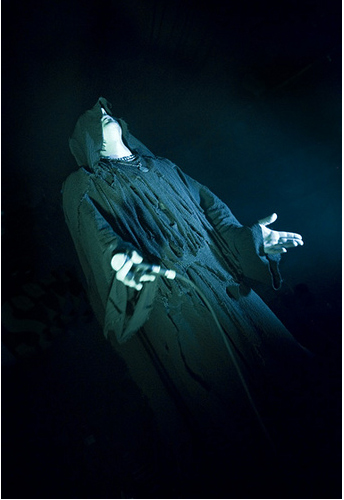 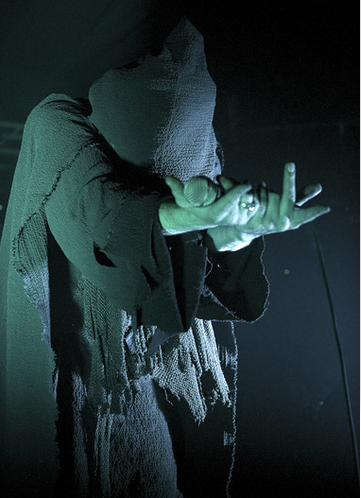 Attila Csihar in one of his many terrifying costumes

An absolutely stunning show by both OM & SUNN O))) last night at the Asylum, the low end rumblings set car alarms off throughout the neighbourhood. Not to mention the low level fog that covered Birmingham after the show – incredible!
The security at the venue were none to0 impressed 😉

Tonight further theatrics in the form of PRAM accompanied by visuals by Film Ficciones and support from LIGHT TRAP
doors are at 8pm at VIVID, Heath Mill Lane in Digbeth. Just £6 and with a tasty selection of Purity Ale & Barefoot Sines on offer in our bar.
Advanced Tickets http://www.theticketsellers.co.uk