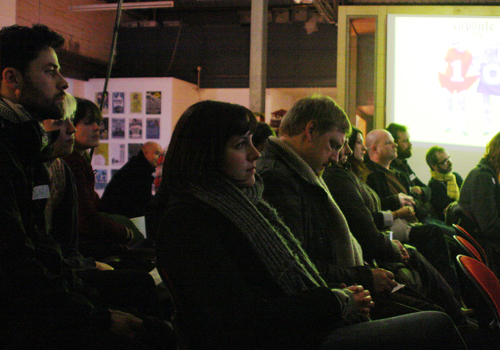 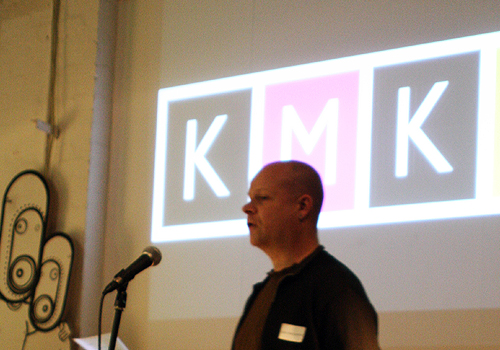 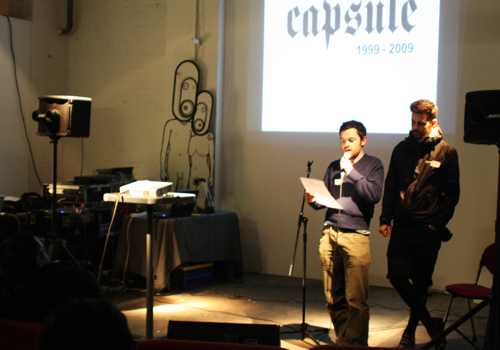 Fin & Ken from the housing co-op 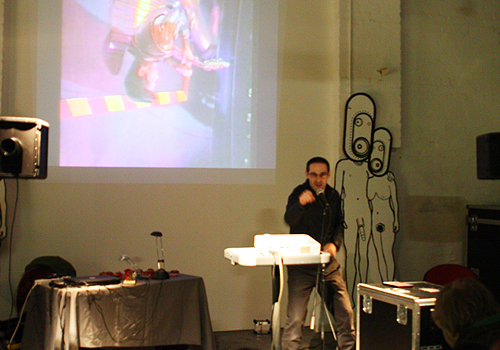 One half of Kipple 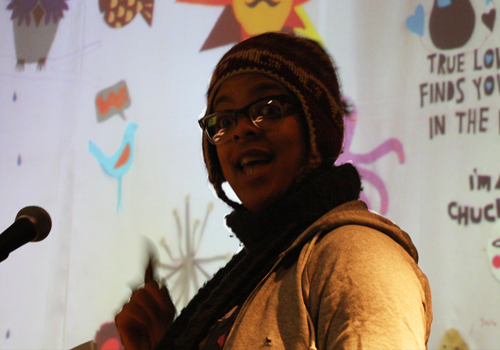 Sara of Needles & Hooks as well as Stitches & Hos 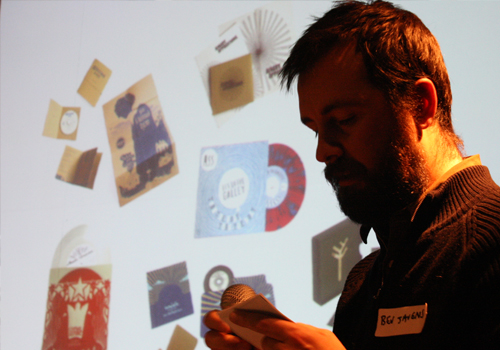 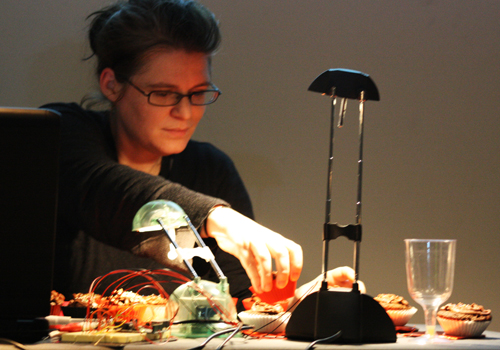 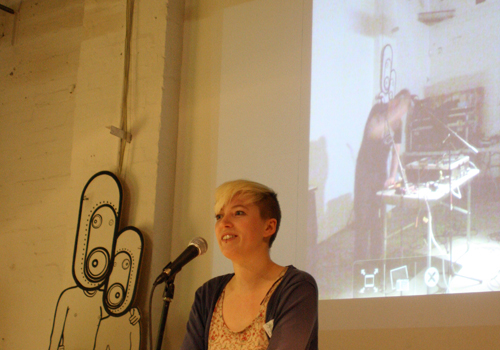 Last night was what we hope is the first of many ‘Knowing Me Knowing You’ events, which aims to put a name to a face and hear about some of the exciting stuff people are doing in Birmingham. We had presentations from Dan Davies Hash Brum, Ben Waddington a local historian, a new housing co-op which as of yet has no name, illustrator Ben Javens, Sara Fowles of Needles & Hooks/Stitches & Hos, Sarah one third of a new collective of music promoters Heat & Light, graphic designer Mark Murphy, Jon Bounds of Birminghams Not Shit.com, Stuart & Ben from First Fold Records, the remarkable Kipple and Charlie and her cake orchestra.