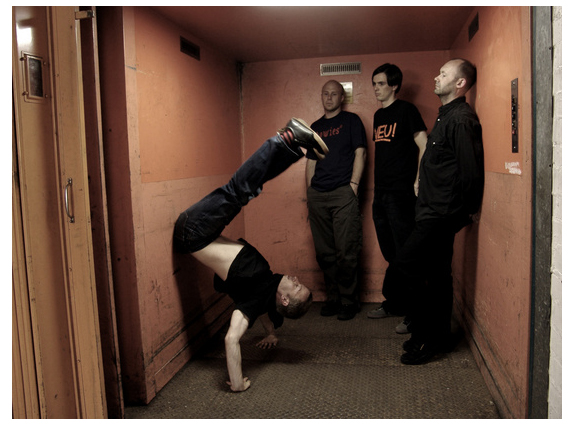 Formed in Birmingham in 2003 by ex-members of stoner rock band Sally, industrial metal titans Godflesh, Kat Bjelland’s Katastrophy Wife and post-rock/ shoegaze outfit Grover, Einstellung have stripped the motorik chassis of the first Neu! Album down to its essential cogs and gears, and fitted it to a custom-built hot rod roadster, equal parts Sonic Youth skronk, My Bloody Valentine narcotic noise and Black Sabbath hard rock. The resulting album, Wings of Desire, is finally available in the UK as one of the first releases on Capsule Records, brought to you by the fine people behind Birmingham’s unspeakably excellent Supersonic Festival. Released as an exquisitely-designed limited edition of 500 heavyweight vinyl double albums, Wings of Desire is a record that needs to be listened to loud, its six lengthy instrumental tracks (all given cod-German titles) building from droning, lazily melodic beginnings to monstrous, fuzz-blasted raptures and epiphanies, via sonorous avalanches of warped and clanging sturm und drang. We spoke to Einstellung guitarist Andrew Parker on the eve of a major show opening for Cluster at Birmingham Town Hall on the February 11, where the band will play their forthcoming second album, And The Rest Are Thunder, in its entirety. 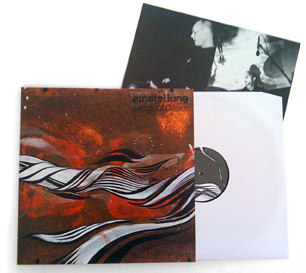