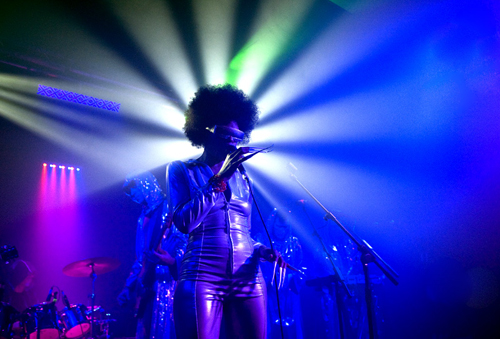 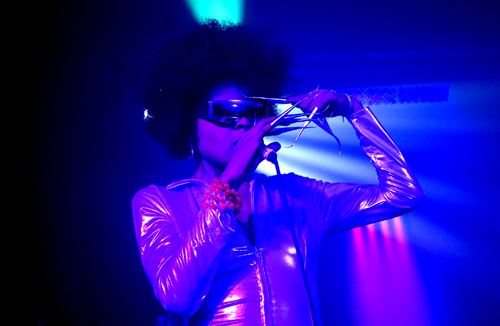 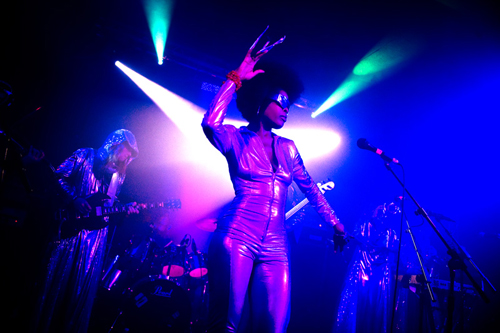 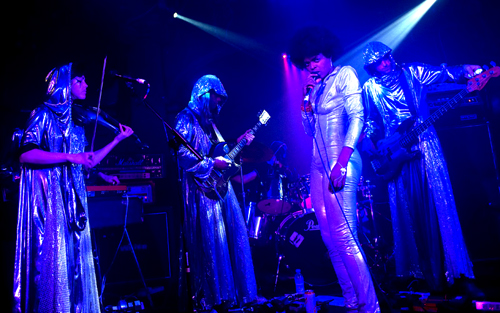 The rapturous applause that greeted the eight-strong collective as they snaked their way from dressing room to stage was deafening, and by the time the jittery keyboard intro to ‘Crystalline’ had shifted into the glam-math stomp of its main riff, not a single eyeball was diverted anywhere other than the otherworldly, shimmering spectacle onstage. Within their number they boasted the talents of a violinist and bassoonist amongst others, giving the band a really vibrant and authentic sound, with doses of electro, old English prog and mathrock jostling for attention within just the first sixty seconds alone.

With the band uniformly clad in matching silver robes (‘Sunn 1999’ perhaps?) and shrouded in heaving dry ice they looked like the resident house band from George Clinton’s mothership, having been lost through time and space for years, honing their skills – but turning them just a little bit insane. Vocalist Lola Olafisoye manages to be sultry, scary, endearing and terrifying all at the same time; her futuristic shades, figure-hugging catsuit and finger extensions giving the appearance of a particularly hard end-of-level boss in some Japanese sci-fi video game.

Next up  ACID MOTHERS TEMPLE this Wednesday at the Hare & Hounds
Tickets for this show can be purchased from www.theticketsellers.co.uk
Polar Bear on York Rd in Kings Heath + Swordfish in Birmingham city centre