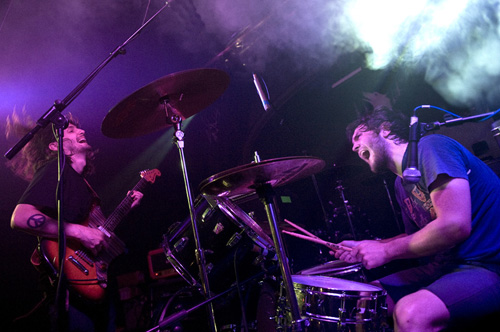 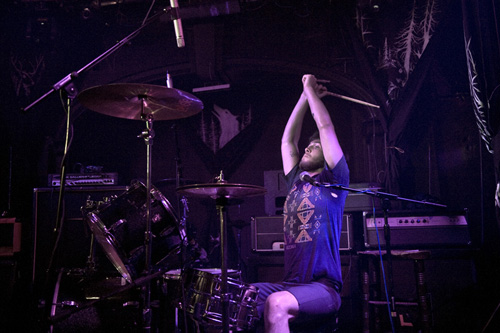 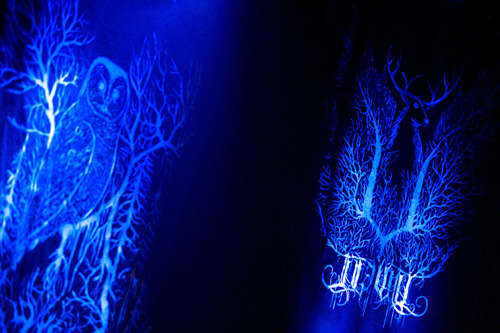 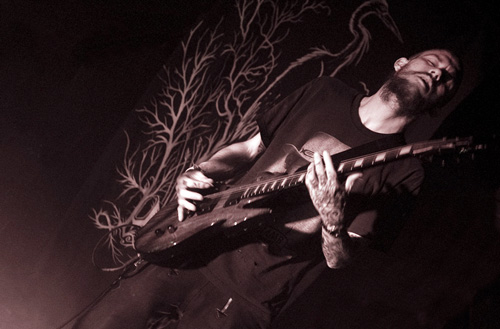 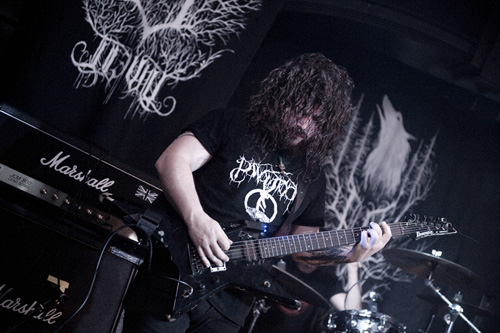 Fresh from catapulting Kings Heath into the cosmos courtesy of Chrome Hoof a mere two days beforehand, Capsule returned to terra firma to give us a much earthier proposition this time round. On an oppressive, balmy Saturday evening the Hare & Hounds played host to the intriguing lineup of Tweak Bird and Wolves in the Throne Room, both of them playing their sophomore gigs for the Capsule ladies. A curious lineup on paper, with the stripped down stoner of Tweak Bird up against WITTR’s heady, trance-inducing spin on black metal, but in practise it worked splendidly.
Tweak Bird took to the stage at the almost ungodly hour of half past seven in front of a crowd who were appreciative of their efforts from the get go, certainly none of the stereotypical BM arms-crossed, brow-furrowed ‘grimmness’. After their blow-away slot supporting Lightning Bolt at the tail-end of last year it was satisfying to discover that nothing had changed from what struck me so much at that particular show, and most importantly there was a sense of familiarity with the material that I didn’t have last time round.
Blessed by a full-throttle, take-no-prisoners sound mix, the sheer volume forced people to take notice, never mind the fact that it was impossible to peel your eyes away from the absolutely powerhouse drumming from Ashton Bird, coming across like a hyperactive cousin of Keith Moon and Wizard-era Mark Greening.