…than with Home of Metal?

If you’re around the Black Country, you may have seen Home of Metal splashed all over your buses, metro stations and more, all promoting our Heavy Metal dedicated day on Saturday 26th March.

We’re starting off at The Public, West Brom where we’re inviting Heavy Metal fans to bring along their memorabilia to add to our digital archive, anything from t-shirts, ticket stubs, fanzines and records are all invaluable to the project!

Johnny Doom will be hosting the event, interviewing cult metal hero Krusher (former ‘Raw Power’ presenter and Kerrang! art director) who will be talking about some of the Black Sabbath and Monsters of Rock artwork he has created.

Steve Gerrard will be giving a masterlass in music photography, showing you how to get the perfect live shot. Please note that this class is now full.

Steve has been an accredited photographer for bands such as Radiohead, Metallica, Kiss, Muse, Nine Inch Nails, Iron Maiden, The Sex Pistols, Bon Jovi and Melvins. As part of the Home of Metal open day he will be giving one lucky unsigned band a free photoshoot!

We’ll also be screening the first and only Led Zeppelin feature film  ‘Song Remains the Same’ – along with (sometimes bizarre) dream sequences the film sees the band storm through ‘Stairway to Heaven’, ‘Black Dog’, ‘Heartbreaker’ and the rest, to thunderous effect. 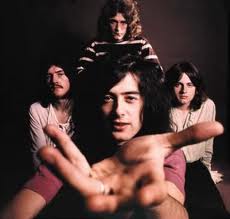 Birmingham based artists Juneau Projects will be in attendance on the day to help you create your very own  electronic cardboard instrument. Use cardboard to build your own Telecaster or Flying V, drumkit, keyboard or invent your own instrument. Then add some simple electronics to trigger sound samples, take to the stage, dress up and play!

“The plot: Chris Needham, a 17 year-old Thrash Metal fan from Loughbrough who has been absolutely lacerated by the puberty stick, is about to play his first gig with his band, Manslaughter. The problem is, they’re complete rammel. Between their first painful attempts to stand musically upright and their debut gig, Chris takes the time to defend Metal and Youth, unleashes torrents of adolescent venom upon the Green movement, ‘old bastards’, vegetarians, ‘Chart Music’, organised religion, teachers, and Neighbours, conducts a relationship with his girlfriend in excruciating silence, gets hassled by Mr Taggart and His Amazing Shirt, and goes fishing.”
– Al Needham, Leftlion

For up to date news and to contribute to the archive go to http://www.homeofmetal.com/