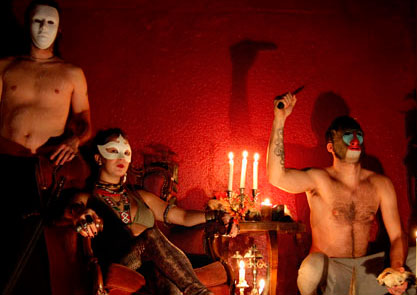 Our friends at The Quietus are celebrating their 5th year this year and and will embarking on a bunch of new projects to mark this. One of those is a ‘new music digest’ on Tumblr – offering a simple breakdown of some key emerging acts they bill it as an ‘ongoing archive of adventurous and exciting new music’.

There’s already lots to read on there, including info on Supersonic 2012 artist Goat, Birmingham born Lee Gamble, and other great new acts like Ex Easter Island Head and Heatsick.Take a look via quietusnewmusic.tumblr.com

In other pleasing Quietus news, Oxbow frontman Eugene Robinson has started a new column, his first one is about English grammar and getting into fights http://thequietus.com/articles/11121-i-was-attacked-by-a-grammarian-by-eugene-s-robinson