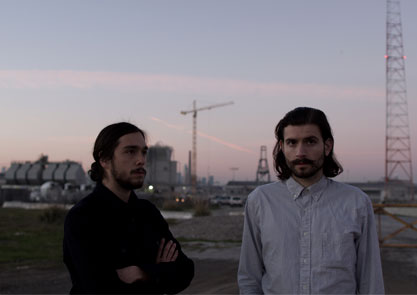 Thrill Jockey have released a second preview of the new Barn Owl record ‘V’. The track is called ‘The Long Shadow’ and is the perfect taster for their show at Birmingham’s St Paul’s Church in April.

“Similarly to ‘Void Redux’, our previous taster of the album, the track combines guitars with the duo’s new, more synth-heavy approach: a skeletal, baroque guitar line snakes its way through the track, while electronics tick and whirr beneath, underpinned by a mighty leviathan of an organ powering away in the lower reaches”. The Quietus