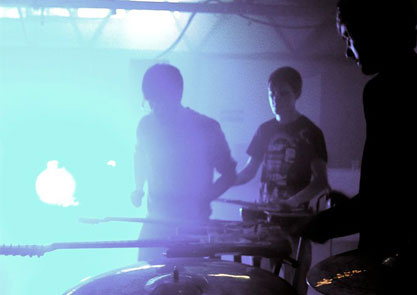 Ex Easter Island Head are a Liverpool based ensemble who usually perform as a trio but are known to expand to up to 30 players. An inventive and surprising group, their experimentation with rhythm and minimalism makes for a captivating live show. We’re thrilled that they’ll be performing at St Paul’s Church on Saturday 27th April, along with Barn Owl and Grumbling Fur. Tickets are available via theticketsellers.co.uk

“In the tradition of minimalist composers like Steve Reich and Rhys Chatham, Liverpool’s Ex-Easter Island Head draw a great deal of resonance from a stripped back set-up, consisting largely of guitars laid out horizontally and played as percussion instruments (hence the name of 2012’s Mallet Guitars Two). Their sound gradually ebbs and flows, building up to vast tropical storm clouds of rhythm and natural reverb.” The Quietus 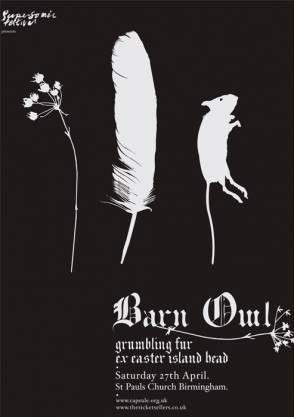