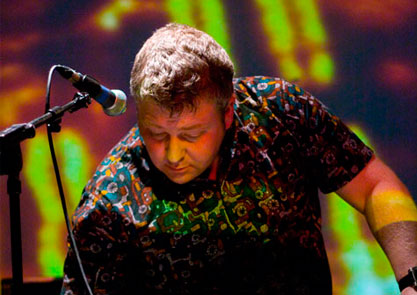 FACT magazine have released a great interview with Nicholas Bullen. The interview delves into his long history of extreme music creation, and the making of his new record Component Fixations. The official release show for this album will take place Tuesday 9th July st CBSO Centre in Birmingham. It’ll be a special event, with Nazoranai also on the bill.

“The common thread is an interest in new strategies of engaging with both the material and the wider world. Napalm Death was informed as much by Power Electronics as Punk or Heavy Metal (for example, the middle section of Sacrificed on the Scum album was intended to reference the ‘walls of noise’ of Throbbing Gristle and Ramleh’s attack of sound). Just as the Power Electronics I made in 1984 operated in a realm where the agitated and active meets the laminar, so Napalm Death moved – through velocity and abrasion – towards a form of stasis which I think also characterises Scorn, where the creativity operated within a seemingly endless but closed space. These elements all have their place within my compositional approach.”

Tickets for the show are available via www.theticketsellers.co.uk