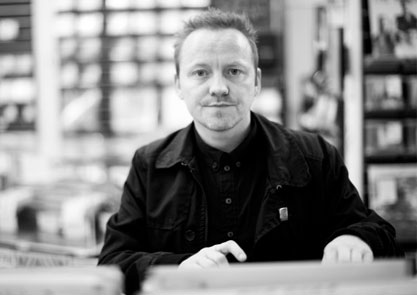 We are very pleased to welcome Spencer Hickman to Capsule’s Advisory Committee. A long friend of Capsule, Spencer has been really supportive of Supersonic Festival over the years and we’re thrilled to be

With over 20 years experience, music industry veteran Spencer Hickman is one of the loudest supporters of independent music in the UK. Hickman spent years working in record shops including setting up and running Rough Trade East (the UK’s largest record store), it won retail brand of the year twice under his management. Spencer co-ordinates Record Store Day for the UK, which in six short years has become the largest celebration of record shop culture in the world and is worth £3 million to the UK music industry. He left Rough Trade in 2012 to concentrate on his specialist soundtrack label Death Waltz Recording Company, which

within its first year has won numerous awards and has seen artists such as Dinos Chapman deliver exclusive new artwork for classic film scores.