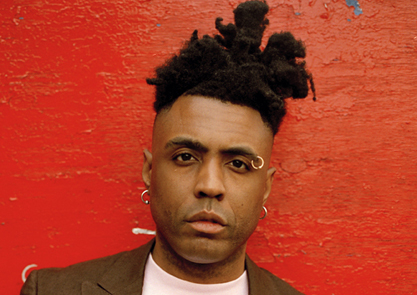 We’ve invited our friends at Leftfoot to take over the Library studio space for one night. They’ve invited British soul legend Omar. A soul singer, songwriter and musician, Omar learned his craft classically, playing the trumpet, piano and percussion. Making albums since the early 1990s, his work is often compared to Stevie Wonder’s work of the 1970s. He is described by some as the father of British neo soul.

Leftfoot was founded back in 2000 by Adam Regan and Richard Whittingham, and has evolved into one of the most important left-of-centre, soul- based projects in the UK. Voted the best Club Night by Gilles Peterson in 2003, the intervening decade has witnessed Leftfoot’s pioneering progression, hosting guests across a vibrant palette covering house, hip-hop, disco, jazz, funk, soul, reggae, drum & bass, techno, Afrobeat, Latin and more.

Tickets are available from www.birmingham-box.co.uk