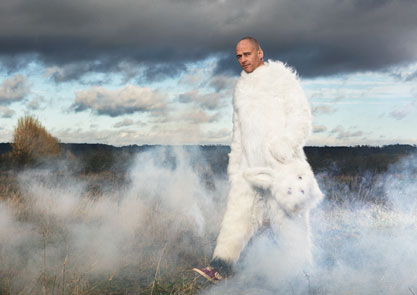 “Chapman has named Luftbobler after the bubbles in a Norwegian Aero bar. He’s outlining his plans ahead of Bring to Light, a three-day festival as part of the new Library of Birmingham’s inaugural programme where he’ll star alongside the likes of hyperactive South African dance act Shangaan Electro and Richard Dawson, a singer-songwriter whose Kids Gigs are designed to provide belly laughs for under-sevens at the city’s Symphony Hall.

“While you lot have been sunning yourself on beaches all summer, I’ve been locked in the basement toiling away making noisey stuff for your amusement,” he offers, when asked what wristband holders might expect.” Read the full article here

Listen to Dinos talk about his new musical project: