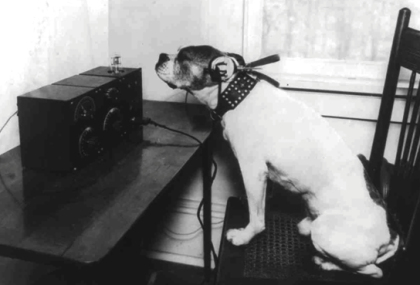 March’s playlist brings together tracks from some of the artists performing at Capsule’s upcoming events this Spring.

On April 18th Capsule partners up with purveyors of fine records and good buddies MILQUE & MUHLE to curate an evening of musical activity held across two stages at Hare & Hounds. Topping the main stage are Dutch punk rock legends, THE EX, who are supported by percussion heavy RATTLE & rock experimentalists HEALTH & EFFICIENCY.

The second stage programmed by M+M takes things on a doomier route with GHOLD tipping their hat to the godfathers of sludge whilst continuing to forge their own unique sound. Hardcore will also be well represented on the bill with MOB RULES and BAYONNEBLEEDER both promising to punish ears and minds. Lastly SUMP will deliver their own hybrid of black metal and punk. 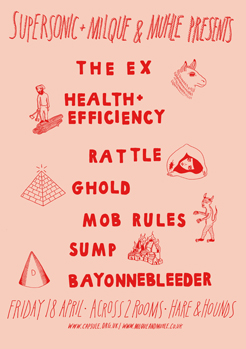 Tickets for THE EX on April 18th are available now & grant access to both stages making this one all-nighter you don’t want to miss out on. Buy tickets HERE. 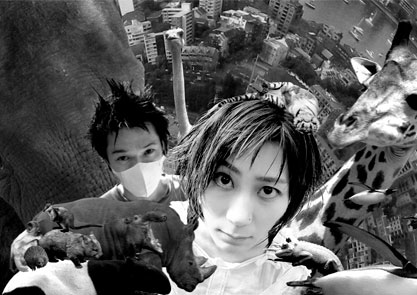 Later on May 27th we welcome back Japan’s unequivocal answer to grindcore-noise rock, MELT BANANA, who are

touring in support of their latest album Fetch. Support comes from sound artist and instrument maker Sam Underwood who returns with GLATZE, his solo outlet for his broader musical endeavours. The line-up is completed with local sonic deviants THRILLING HEADGEAR, born out of the ashes of Stinky Wizzleteat and ready to pummel with their bleeted, transcendent take on punk-rock. Tickets for MELT BANANA can be purchased HERE.