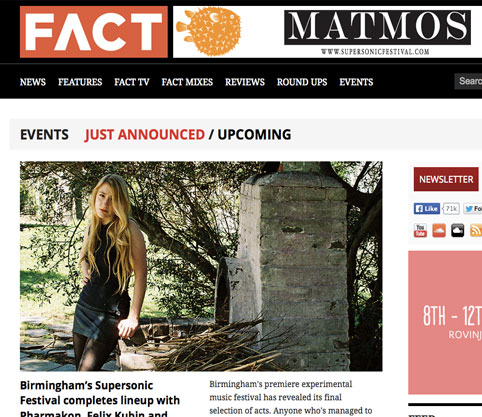 Anyone who’s managed to hike out to Supersonic before knows how bloody good it is, and how much its organizers have done to make sure it’s a sidestep from the competition. While the majority of other festivals fight amongst themselves trying to snatch identikit lineups of bedraggled nostalgia-core reduxes and hype dance acts that’ll be forgotten in six months, Supersonic has solidified its legacy by simply picking excellent music.”
A wonderful right up from FACT Read full preview HERE

Don’t miss out folks we have just released a limited number of extra weekend tickets but be warned they are going quickly and once they’re gone they’re GONE. Buy tickets HERE