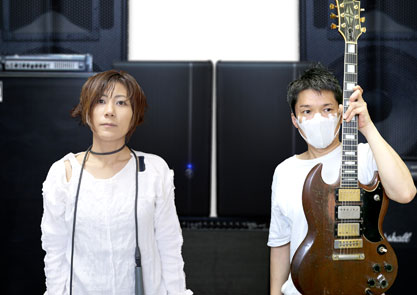 Setting off on a UK tour, Melt Banana have decided to share a new video for ‘Lefty Dog (Run Caper Run)’. Yako explains:

“The song title is ‘Lefty Dog (Run Caper Run)’. It is the second music video from our album ‘Fetch’. It was directed by Iroha who does VJ for our shows in Japan sometimes. Like the first video ‘The Hive’ it is very colourful and we like how it looks very much”

See them perform on Tuesday at the Rainbow Warehouse, support from Thrilling Headgear and Glatze
Tickets are available from theticketsellers + Milque and Muhle