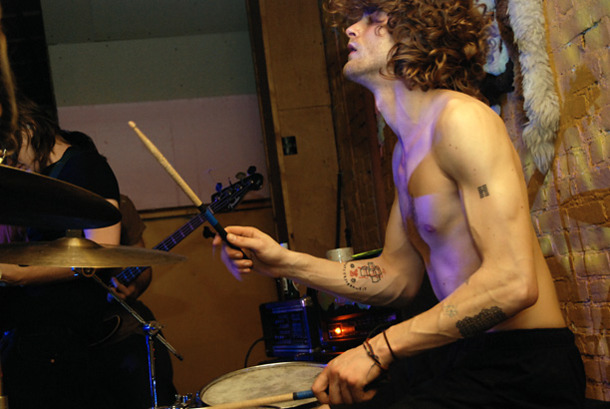 Formerly of experimental black metal band Liturgy and a prolific collaborator and performer in his own right, Greg Fox will be playing alongside composer Ben Frost at Eastside Projects on 12 November as part of our Supersonic Presents series. In relentless pursuit of transcendental musical experiences, Fox’s rich and varied oeuvre includes Guardian Alien‘s 2012 ‘See the World Given to a One Love Entity’, a thirty-seven-minute psychedelic chant for the new era set to Fox’s fragmented, uninhibited drumming, and the three-piece incarnation of the avant-garde Zs’ 2013 ‘Wolf Government’, an exercise in exploring the very limits of free jazz drone which ‘made the floor shake’ at US community radio station CKUT. With a touring schedule that sees the drummer scale his way across Europe and New York City, Fox will join Frost in Birmingham with support from Mothwasp.
Tickets are available from theticketsellers or from Milque & Muhle based at the Custard Factory.