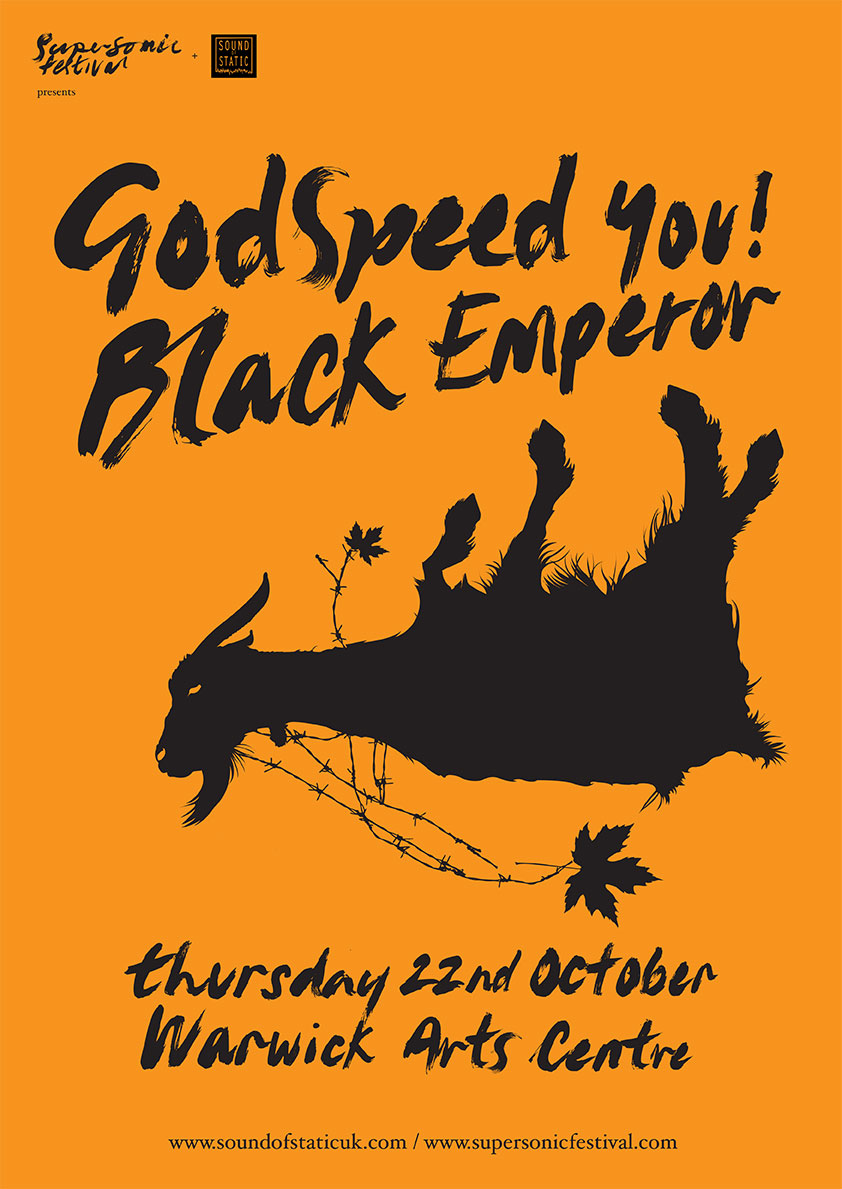 We are pleased to announce that we are collaborating with Sound of Static to present Godspeed You! Black Emperor on the 22 October.

Formed in Montreal, Canada in 1994 post rock legends Godspeed You! Black Emperor continue to release genre defining albums and still perform breathtaking live shows. Returning to UK shores for a handful of live shows this autumn, GY!BE will be showcasing their 2015 album, Asunder, Sweet and Other Distress along with some hefty numbers from their extensive back catalogue. A truly rare evening and one not to be missed.

Taking place at  Warwick Arts Centre, this is GY!BE’s only Midlands show and seats are limited so get in fast.